It’s been a busy Fall here at ‘Spoonfuls! On October 15th, MYERS+CHANG restaurant hosted our official launch event…we raised $30k to kick off our capital fundraising campaign!! Our gracious hosts Christopher Myers & Joanne Chang were joined by Ming Tsai (fresh from The Next Iron Chef), the fellas from Island Creek Oysters (while Island Creek Oyster Bar was opening that same night!!), Jamie Bissonette (Toro, Coppa) and helped make the evening an unbelievable moment for Lovin’ Spoonfuls. Mayor Thomas Menino also attended, and said that ‘Spoonfuls was a “welcome addition to the city of Boston”. Wow! We’re proud to serve this great city!’

The evening was filled with amazing food, fantastic enthusiasm for the Lovin’ Spoonfuls’ mission-and among the silent auction items up for grabs was a private pastry lesson with Joanne Chang, who just released the most popular baking book on the shelves right now..straight from her beloved bakery FLOUR. Buy it here! Flour: Spectacular recipes from Boston’s Flour Bakery+Cafe auctioned off was an OysterFarm tour of Duxbury Bay from Island Creek Oysters, Dim Sum for 10 people WITH Christopher & Joanne, and a Four-Course Chef’s tasting WITH paired wines from Ming Tsai at Blue Ginger. What a night!

Thanks, Boston- for welcoming our little organization with such warmth and appreciation… back on the road we go! 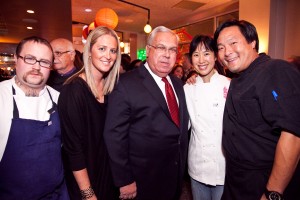 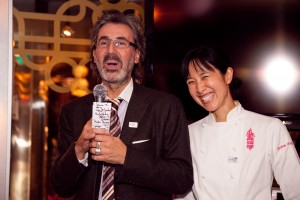 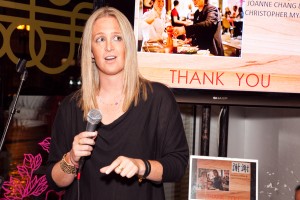 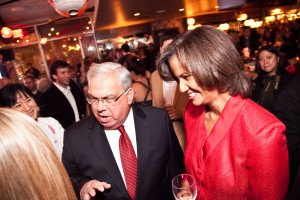