This week, Lovin’ Spoonfuls reached another milestone — we rescued our 8 MILLIONTH pound of food! That’s over a billion more calories since August that our team has picked up and distributed to hungry people across Eastern Massachusetts. We’re so proud of our amazing food rescue coordinators who make it all happen!

Vinny started towards Monday’s milestone by rescuing 512 pounds from Costco in Everett, while Cathy rescued 305 pounds of food from Target in Watertown.

Lisa picked up a whopping 700 pounds at Whole Foods South End, and Reggie rescued 647 pounds from Roche Bros. Wellesley. And let’s not forget Vinny, whose pick-up at Wegman’s Burlington topped 930 pounds! Finally, Jacob and our newest FRC Mary collected over 400 pounds of fresh produce and proteins from Big Y in Norwood, putting us over the 8 million mark (and over 17,000 pounds for the day!)

We are rescuing more food than ever, thanks to our dedicated partners, allowing us to reach more communities and feed more people. Here’s to the next million! 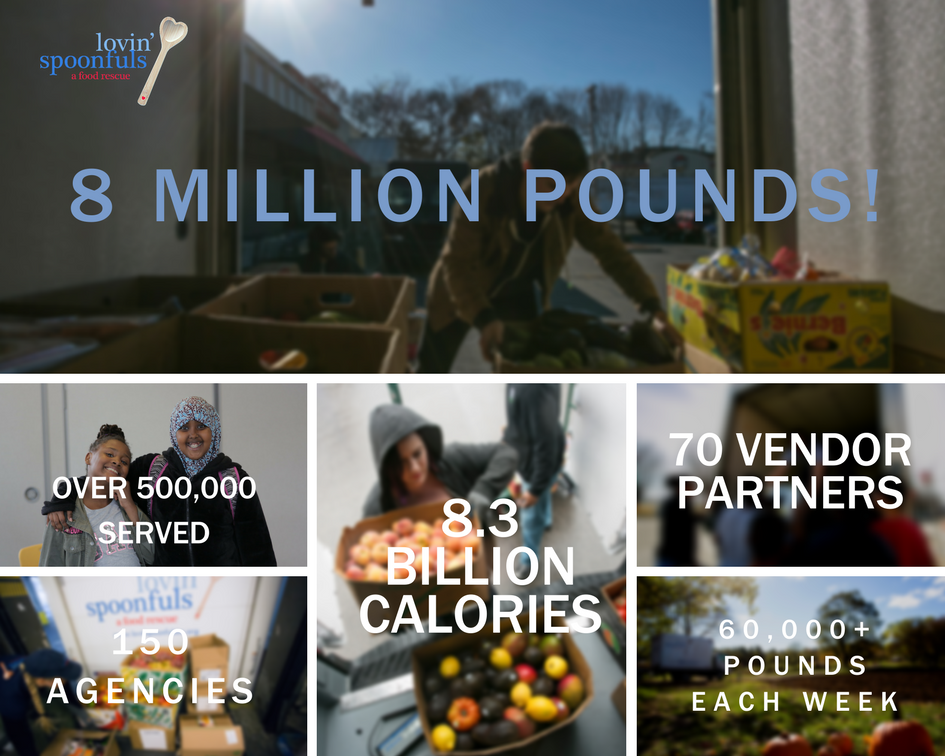